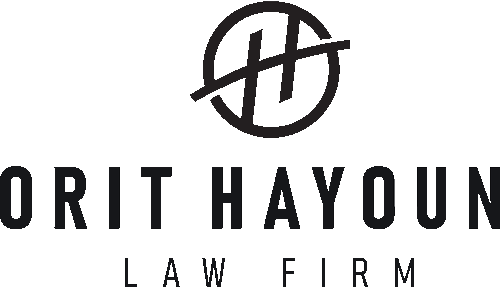 Advocate Orit Hayoun is a leading Criminal Defense Lawyer in Israel. Her Legal expertise is in Criminal Law with a specialization in Woman Rights, Human rights and Crime victims’ Rights.

Her Legal work has set important precedents in the Israeli Legal system.

The Case of the Israel Bank of Commerce Collapse

Adv. Hayoun represented clients in this significant affair.  A Banker named Etty Alon embezzled   254,199,600 Nis of the bank’s funds which lead to the bank’s collapse and bankruptcy.  She did so by opening 206 functioning bank accounts and giving them back to back loans. The money was used by her brother to pay his gambling debts to crime organizations, leading them to flourish at that time. This affair caused bankruptcy for thousands of families in Israel and resulted in a massive change in the bank supervising committee laws, in the regulation of the bank, their work procedures and the Bank obligations to its clients.

Representing a suspect of the shooting in the heart of Tel Aviv city in the Israeli LGBT Association the "Bar-Noar"‎, "Youth Bar" on 1 August 2009, which resulted in the death of two people and injuries to at least fifteen others.

The city was subject to a "clampdown" after the attacks, and several hundred police launched a manhunt to locate the killer(s). In June 2013, Hagai Felician was charged with the murder, but the Police retracted the allegations in March 2014, after revealing the key witness fabricated evidence.

The shooting sparked widespread condemnation, calling it the worst attack against the LQBT community in Israel's history.

The Case of Samuel Sheinbein

Samuel Sheinbein was an American-Israeli convicted murderer. On 16 September 1997, Sheinbein, a 17-year-old senior at school in Maryland, and Aaron Benjamin Needle, a former classmate, killed Alfredo "Freddy" Enrique Tello, Jr They subsequently dismembered and burned the corpse. Sheinbein fled to Israel, where he was eligible for citizenship by Israeli Law that at the time also prohibited extradition of citizens. Sheinbein was sentenced to 24 years in prison by an Israeli court in 1999. In 2014, he was killed in a shootout with Israeli police special forces in “Rimonim” Prison after he shot and wounded six officials and another prisoner with a gun that had been smuggled into the prison.

School teacher to return to class, after her naked photos were posted online and school demanded her resignation

A week after nude pictures of an Israeli high school teacher were posted online, the teacher returns to class.

Returning to work "takes a great deal of courage but sends a vital message to women,” Orit Hayoun, the teacher's attorney said. “Offenders should hide, not the victims.”

TV interview about a shocking legal affair where text messages between a Judge and a Prosecutor concerning the results of a trial were discovered and caught.

Advocate Hayoun is the founder and owner of one of the leading criminal law firms in Israel.

The firm represented some of the major criminal cases in Israel. Some of these cases had a lasting impact and contributed to the Israeli legal system.

The Firm is known for Professional, honorable and combative representation of its clients. Advocate Hayoun and her team are resolving conflicts, crisis, offering prompt, professional consul while practicing co-operation with trusted law firms all over the world.

The Firm consists of three departments: The Criminal department, The Fiscal department and the Crime Victims, Human and Women Rights department.

Advocate Hayoun was involved in Legal precedents and in creating new legislation. Hayoun often appears in the Israeli media and is frequently interviewed in the press as a criminal expert on on her leading cases.

Adv. Hayoun worked in the Tel Aviv District Attorney’s office. The State Attorney is subordinate to the Attorney General and represents the State of Israel and Governmental Authorities. The Tel Aviv District (Criminal) Attorney is the biggest in Israel and deals with prosecution work in criminal procedures. The work involved appearing in court and trial procedures, detention procedures, organized crimes and money laundering charges, managing plea bargains and dealing with significant and complex cases handled by Tel Aviv District Attorney. The work also involved appearing before the Parole Board of the Israeli Prison Service.

The Interdisciplinary Center Herzliya was founded in 1994 by Prof. Uriel Raichman based on the model of the American Ivy league Universities. It is located in Herzelia, Tel Aviv district, and is classified as an independent non-budgeted academic institution. It grants undergraduate degrees, post-graduate degrees, and is set to begin awarding PhD degrees.

Lecturer and  a member at the Israel Bar Association Committees

The Israel Bar is organized as a corporation, with a Central Committee, a National Assembly and five districts. Membership is mandatory for lawyers licensed in Israel. The top positions are filled by elections held every four years. Advocate Hayoun is a member of the Israeli Bar Associations Committee for Criminal Issues and a member of the Bar Committee for Promotion of Women Rights and Status of the Israeli Bar Association.

Hayoun is a Panel Moderator at Bar association conventions.

Send me a message 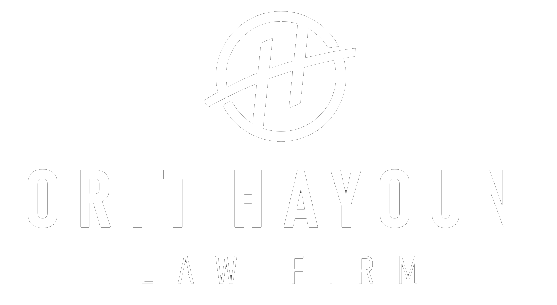